Every morning for almost five years I’ve woken at 5:30, taken the dog outside so that he can survey his kingdom to make sure the rabbits, squirrels, or chipmunks aren’t plotting some type of takeover.

While my coffee is brewing, I measure Coconut’s food into the Polish Pottery bowl. No, my dog is not spoiled. I am, because I love pretty dishes. Coconut used to crowd me out to get at those hard nuggets, but now he’s secure. He knows there will always be food and so he eats throughout the day and even leaves some for the next day.

I grab the coffee and start writing. I write bios and post memes, I put a plea for food or volunteers, I curate articles on training and exercise, food, and worms, poop, and whatever else we need to know to be responsible dog owners.

When we adopted Coconut five years ago, I didn’t know much and I made a ton of mistakes. But my little brown dog with the long black tail is in it for the long haul. He’s been patient and is doing a good job of training me to be a good dog mom.

I asked Jim, the owner of NEW PAWSibilities, how I could help the rescue shortly after adopting my dog. He  suggested I go to the site and rewrite a few bios. He didn’t seem too excited, but now I know it’s because way too many people who offer to volunteer don’t show up, or they help once, never to return again. Or they can’t do what they said they could and it gets old redoing work.

I wrote some bios, Jim liked them, and I wrote a few more. I redesigned the logo and a friend from home agreed to do the graphic design work. Then another dog-loving friend did a website overhaul. And all of the sudden I started writing the Facebook posts every morning at 5:30. I didn’t know what to write, but I knew what I needed to learn. So I researched and posted stories that made you laugh or cry or think. And more people began to follow our page and started liking and commenting and our community grew beyond Northeast Wisconsin. I’m still amazed that we have followers from so many states but also from the Philippines and France, and several other countries.

Yesterday I decided not to sit down and write anything on the NEW PAWS page. We were closed, we’re closed today because it’s Labor Day, and writing blogs or choosing funny memes for the page make me cry. For nearly five years I’ve had important work to do. But in a few weeks this space will no longer exist and that makes me so incredibly sad.After ten years and over 12,000 dogs rescued and homed we are closing. As Jim said, “The little engine that could have run out of steam.” Like too many other rescues and fosters and shelters around the country we can’t afford to stay open. I could write a lot about how COVID impacted us, but I think my readers are pretty smart and they can connect the dots.

I’ve had some of our followers tell me that their morning routine is much like mine; take out the dog, get a cup of coffee, open a browser, and catch up on what’s happening with NEW PAWSibilties. Who got adopted? What stories and memes are there? What dog do I want that I know I can’t have because the limit has been reached? I’ve never met the vast majority of my readers, but they are my community. And I will miss them.

So, here’s the deal. Jim and I brainstormed about a book I would write so that I could donate funds to NEW PAWS. The book is out and I want to be more excited. But it’s somewhat of a hollow victory. I know, I know. One door closes, another one opens.

So I’ve decided that every morning, to honor Jim and the over 12,000 dogs who made their way to the old building on Algoma Blvd., I’ll let Coconut do his doggy job at 5:30 in the morning. I’ll make my coffee, sit down, and start writing. I won’t write bios, I won’t have dogs you can adopt, but I’ll write stories that make you laugh and cry and think. I’ll post memes, and one of these days I’ll get brave and maybe do Instagram or TikTok. I’ll do this on my new Facebook page.

My page is Wag Away Publishing but the address ends in #rescuemoredogs. I chose #rescuemoredogs because that’s why I write. Why I volunteered. Feel free to share my page with anyone who would like to spread the word that we need don’t need to own or work at a rescue to help rescue more dogs. But we all need to learn to be more responsible dog owners. And to rescue instead of buying. 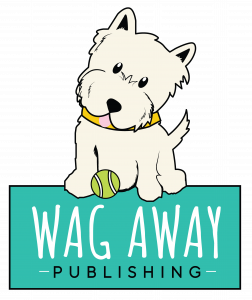 About the Author: Carmen